With each passing generation of smartphones, the features become more and more integrated with our lives. It’s truly an incredible feat of technological advancement to have, essentially, a computer that fits easily into your pocket. Not only a computer, but also a high-quality camera, an endless sea of apps designed to enhance productive or cure boredom and the connectivity to keep us in touch with one another across the world. It’s clear that two-way voice communication is low on the list of how a smartphone is used.

But what will the landscape of smartphone technology look like in 5 years or a decade from now? At the rate technology improves upon itself, it’s hard to say exactly what smartphones will look like, but looking at the smartphone’s capabilities today and a little guesswork we could piece the future together.

Augmented reality is technology that overlays a computer-generated image over the user’s view of the real world. You can reasonable expect that in the near future you will be able to point your phone at a building or restaurant and be given information about it, say to make a dinner reservation or if there are apartments for rent.  Right now, you can see a few apps making use of this technology (think Pokémon Go), but you can certainly expect more in the coming years.

Augmented reality is in its infant stages of being used on a grander scale. What is setting it back now is the ability to recognize locations or people accurately and quickly. But once this has been improved it will become part of our everyday life.

This one seems like a no brainer when you look at 3D capabilities today. But, in the future, the user can expect to have an image jump from their screen as holographic projections. You can think of a much sharper version of Princess Leia’s message to Obi-Wan in Episode IV and our phones are R2-D2. 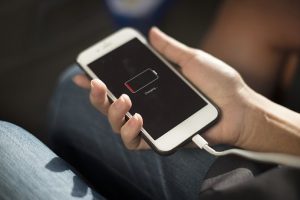 It’s true that a form of wireless charging already exists where you place your device on a pad and it chargers. But, the next logical step for this technology is a charging capability that acts similar to how WI-FI does. You would connect to a network and the phone will begin to charge. It would be incredibly nice not have to search for an outlet or find a cord to power your device.

It’s speculate that with an advancement such as this, where phones are basically powered through the air, batteries would become smaller and lean which would lead to more space for other kinds of hardware developers could design. 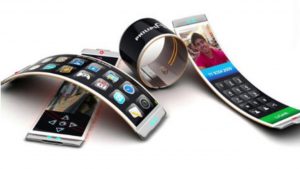 Organic Light-Emitting Diode technology is leading the way to make this a possibility for future smartphones. The idea is simple, have your screen contort and bend in a way to enhance video streaming or mobile games are used while still being able to fit your phone in your pocket.

The applications for this kind of technology would stop with just a pocket-sized phone, you can easily image a smartwatch that had a flexible and collapsible screen right on your wrist.  Nokia is currently developing such a device, dubbed Morph.